From The Derbyshire Advertiser July 5, 1912 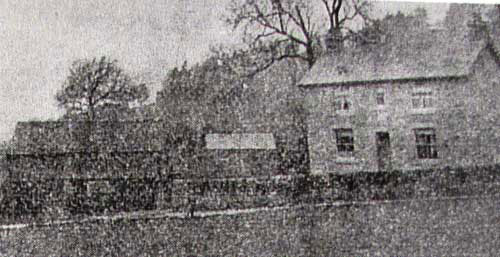 Probably a sketch of Chasecliff Farm would be more interesting ten or twelve years hence than now, for, to judge from Mr. Snow’s attitude towards agriculture and work in general, there is a future of development and success before his farm. He has been in occupation of it for somewhere about a year, and the well-built homestead put up by the workmen on Mr. Hurt’s Alderwasley estate was barely completed at the time of our visit.

Mr. Snow previously occupied Ridgewood Farm, Alderwasley, also under Mr. Hurt; and the Chasecliff farmhouse has been built for him. A neat, square, convenient building of stone, it shews in its construction the evidence of well-thought-out plans (by Mr. Haslam of Chesterfield), and is airy and light enough to satisfy the most modern of domestic architects. The entrance has on the one side a comfortable “house-place,” with an excellent kitchen range and floor, and well-laid tiles, lovely views being obtained from the two ample sash windows. On the other side, is a sitting-room, somewhat larger, and equally well-lighted. At the back, facing north, is a scullery, and an excellent larder and dairy fitted with stone benches. Here stands a dainty little Bradford churn, for Mrs. Snow converts any surplus milk into butter, which finds a ready sale in the neighbourhood. Upstairs are four bedrooms and a box-room, all compactly arranged without the wasting of an inch of space. Long passages are, wisely, conspicuous by their absence, as they only mean an increase of work and expense without any compensation in comfort. In front is about a quarter of an acre of garden, at the time of writing only dug over and prepared, but which Mr. Snow means to fill with ornamental plants as soon as weather and time permit.

Just now there is a good deal to be done on the more Important, if not so decorative, agricultural land. There are hedges to be made, planting to be done, and various other things before Mr. Snow will consider the farm in good order.

The farm lies on the gritstone, and slopes upwards towards Crich; the land is good, though a little heavy on the hill-side. Whatever he may do in the future, Mr. Snow at present supplies only the immediate neighbourhood with milk, not forgetting the important demands of Mr. Deacon’s household at Chasecliff, just opposite the farm. Mr. Snow’s cattle are chiefly Shorthorns, one of his best milkers giving two gallons at a meal, another good animal being a little black Welsh cow. There are also a couple of nice yearlings, a red and a roan, and Mr. Snow believes strongly in the theory that cattle bred on a farm are likely to do better than imported animals. Mr. Snow is very careful in the feeding of his cattle, but maintains that roots will not spoil the milk if they are given judiciously and in moderation.

A large family of eleven very small piglets give promise of future profit when they are sold at the age of eight weeks. On the day of seeing the farm, there was only one shire horse, “Bonny,” a powerful brown mare, with beautiful shoulders, but by the time this appears Mr. Snow will have added to his Stable. In the work of the farm he finds the most valuable assistant in his son, Mr. Oscar Snow, who is always ready and willing to lend a hand, and who never considers the most trivial task derogatory. His father remarks of him that he is a “thoroughly good boy.”

Although Mr. Snow was brought up on a large farm, he has not been occupied in agriculture all his life: his tastes, however, are decidedly in that direction, and he has never regretted his later choice. On a farm, as he very aptly observes, there is always “something to be learned,” adding that a “man’s proper place is out-of-doors.” But to be successful a man must be prepared to work hard, and to concentrate his energies on his profession, and Mr. Snow thinks a good many agriculturists would be none the worse for driving about a little less and staying at home a little more.

A fair amount of poultry is kept of useful farmyard varieties rather than show birds, and not one fallen victim to the foxes haunting the neighbouring coverts. At Chasecliff Farm a practice is made of carefully shutting up all the birds every night, and Mr Snow declares that if all poultry-keepers took precaution there would be no complaints of vulpine depredations. 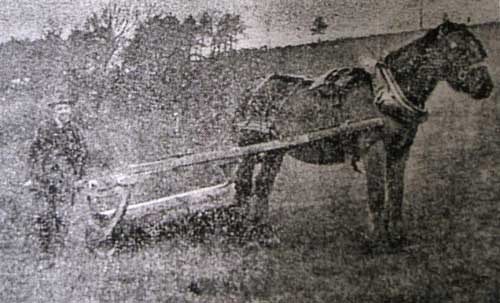