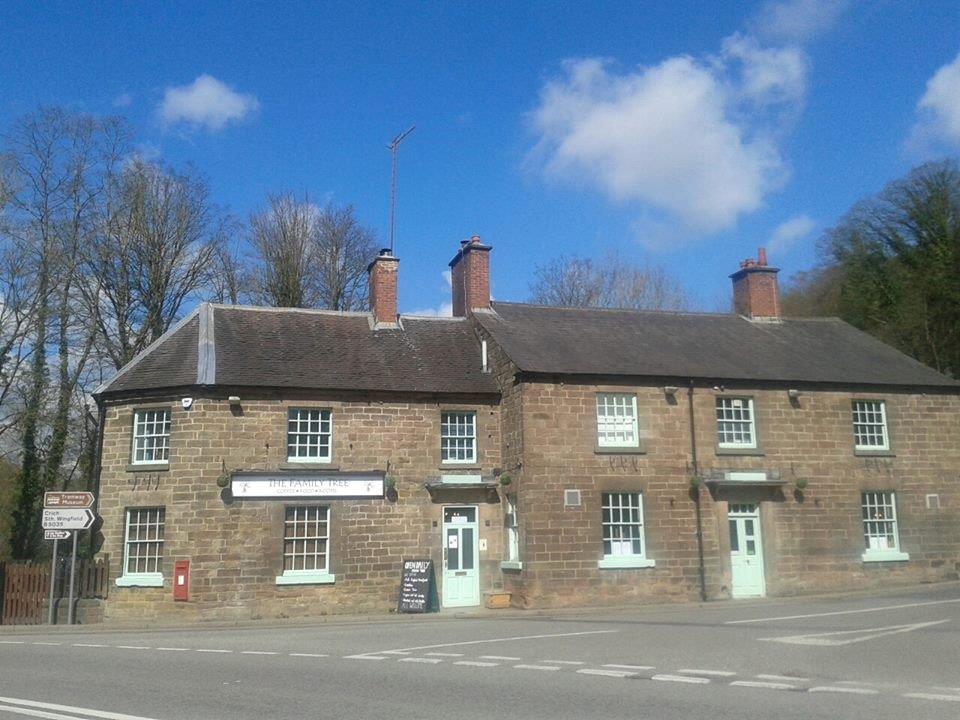 As we are new to the area we would just like to say a big thank you to everyone for giving us such a warm welcome.  Your encouragement, suggestions and support has been outstanding.

We had a dream of running our own Tea Rooms for many years now, but it wasn’t until last year that we decided the time was right,  After all we now had a good skill set as a family to run our own establishment and to make this venture a success.

I had worked my way up from Chef to General Manager in a contract catering company, managing the catering in locations such as the Royal Court of Justice, The London Crown Courts, Crystal Palace, the Lord Chancellors Department and the DTI.

Christine ran her own Judo business for 35 years.  After having our two daughters, Jenifer and Samantha, she closed a lot of the clubs down and just kept a few evening classes going.  She became Head Banqueting Waitress for a large hotel which led on to working in the office.  She then moved on to other office jobs working up to Office Manager, covering accounts, banking, managing staff and HR etc.

Jennifer and Andy have both worked in catering establishments before, including The Hilton and The Beefeater Groups.  They have worked both in the kitchens and front of house.  Samantha, our younger daughter and her boyfriend Charlie worked in Cyprus for a season running bars and also worked for an outside events catering company at weekends last year.

Samantha was a restaurant supervisor for a large Garden Centre for four years where they trained her as a Barrister and got her through her licensees course.

As Jennifer and Andy live in Oakwood near Derby, we started looking around the Derbyshire area for our business venture.  We were driving up the A6 when we saw The Derwent and its courtyard and we just fell in love with it.

We viewed it with both the girls the following weekend and they fell in love with it too.  After going through a bidding process, here we are the new owners.

If you are local, you will have seen the building work start just before Christmas, but it took us until the second week in February to open.  We do hope you like what we have done inside, it has turned out just as we wanted.

We have a small function room which will open for use shortly.  We are hoping to use it for a few sessions a week as a soft play area for parents and children, but also to let it out during the days / evenings to local clubs / individuals for meetings / one off events.

We also hope to get the rooms in the annex in good order as soon as we can.  There is quite a bit of work involved, including getting proper heating into that part of the property and the roof sorted and insulated.

We hope to get the garden landscaped as soon as finances permit and the children’s climbing frame and slide back in operation.

Although we are not intending to open every evening, we would like to run an occasional event.  Our first one is going to be a quiz evening with a difference and will be held on Friday, 16 May.  Look out for details.

Please remember we want to get involved with the community.  Our venue is here to be used and we would love to hear from any locals and groups, if we can help in any way.