The following includes edited extracts from pages 25-34 of the book “Through Limestone Hills” by Bill Hudson. Published in 1989, it is a very detailed description of the railway line between Ambergate and Chinley.

When the railway line was planned it didn’t include a station at Whatstandwell. However the success of the line and pressure from local people brought about the building of Whatstandwell Bridge Station which was opened at the end of 1852. This wooden station was built at the northern entry to the tunnel under Main Road. The land between the river and the canal at this point was limited and so when the railway was built the bank of the canal was cut away and replaced by a large retaining wall. The spoil from this work and the tunnel was leveled to form a platform which carries the railway and the former station. 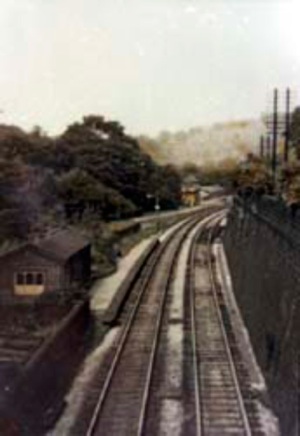 Despite the platforms of the original station being lengthened in 1868, it was decided in May 1872 that the station was inadequate for passenger traffic and plans were ordered to be prepared for a new station. However it was almost 20 years before plans and an estimate of £3,590 were put forward in March 1892. Even then it was almost two years to the tender stage, with a contract eventually being awarded to C W Hardy to construct the station buildings. This was two weeks after a contract had been awarded to Messrs Handyside & Co. for erecting a footbridge, which is still in place today, but two months before the land agent had purchased the land for the station from A.F. Hurt, for £105.

A new station 300 yards south of the original was opened in November 1894, also called Whatstandwell Bridge, until the name was shortened in July 1896. The main building, on the road side of the line, was built in a twin pavilion style, with the recess on the platform side roofed in to form an open-fronted shelter. The porters’ room, toilets and coal store were built on to the southern end and a shelter was added to the northern end of the building. On the canal side of the platform there was a general waiting room, ladies’ room and urinals housed in a long low building with a tall chimney stack. Access to the station was by a short loop off the A6. The island formed by this loop was planted with trees to hide the station from Alderwasley Hall, the home of A F Hurt. More deciduous trees were planted on both sides of the railway, but much of those on the canal side were felled and replaced by the pine trees which can be seen today. 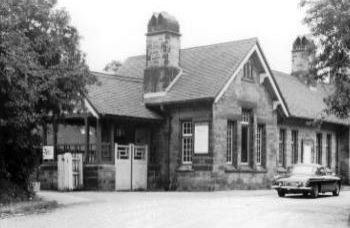 In 1970 the canal side platform shelter was dismantled and the main building was boarded up. Attempts to rent the property failed and the building was pulled down in 1976. The stone was acquired by the Midland Railway Trust with the intention of rebuilding the station elsewhere but this never happened. 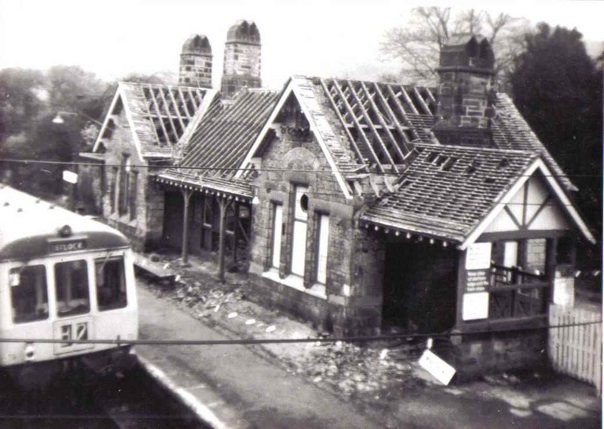 The Path to the Station

The new location of the station meant that most passengers now had to walk the extra distance. In December 1897 Crich Parish Council wrote to the Midland Railway with a petition from the people of Crich Carr, requesting that a footbridge be built over the canal. The landowners had agreed to donate enough land to allow the footpath to continue up to main road and the Parish Council were willing to construct and maintain the path. This first request was declined but the matter was taken up by Belper Rural District Council who agreed to build and maintain the footpath. The construction of the footbridge, to link directly with the station footbridge, was agreed in August 1901. The work was carried out shortly afterwards, with the Midland Railway erecting the bridge itself. 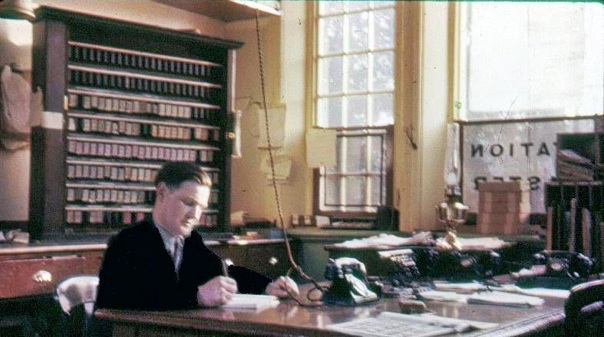 The most important traffic to passing through the Whatstandwell Goods yard was gritstone from Dukes Quarries, Oakhill Quarry¹, Birchwood Quarry and Meerbrook Quarries.

In January 1855 the Midland Railway paid Mr. S Simms £20 for the seven year privilege of taking away ballast, small stone and rubble from his heaps on the east of the canal. Once the railway was established the quarrying industry rapidly expanded, and in 1867 a new stone wharf was constructed on the river side of the line, north of the original station, after the trustees of the then late Mr. Simms had agreed to construct a road so that the wharf could be used by the general public. A six ton crane was provided at the wharf when it was built, followed by a five ton crane in 1883. A ten ton crane was moved from Ambergate to Whatstandwell two years later.

From the 1880s up to the First World War between 50 and 70 wagon loads of gritstone left the station every week. Stone from Whatstandwell was used all over the country and abroad until a decline in the early 20th century as the era of major public works drew to a close.

A small proportion of goods were lead ore from Darley Dale to the smelter at Lea. There was also coal and coke traffic for domestic and industrial use and at various times during the 1920s and ’30s there were five coal merchants at the goods yard: Bowmers, Eite, Jackson, Rackstraw and Snow. Most of the general merchandise was rough and finished timber to and from Dawbarn Yelverton Brothers joinery works.

At the close of the Midland Railway period there were seven stopping trains each way on weekdays. In the down direction four of these were through trains to Manchester, but there was no direct return service, passengers having to change at Chinley or Millers Dale. By 1935 the service had been extended to ten down and nine up trains. Two of the down trains ran to Manchester, but there was still no up return. The wartime cutback saw the loss of two trains each way, but the principle of making a few trains serve as many stations as possible gave Whatstandwell three trains to Manchester and three back. The early British Railways period saw a comparable service, but by 1967 a drastic change had taken place. While five down trains stopped, the only up trains were the two early morning locals from Darley Dale and Bakewell, and the 7.45 am Manchester to Derby.