Florence Nightingale knew Whatstandwell well.  She used to get off the train at the old Whatstandwell Bridge Station, which was at the northern end of the tunnel behind the Derwent Hotel, when travelling back to her home at Lea Hurst.

Dr Dunn, the Crich Parish doctor and Belper area medical officer was Florence’s physician when she was at Lea Hurst: he was also a friend of Florence’s.  Between them they set up Whatstandwell Reading Rooms to help prevent excessive drinking in the local inns especially the Wheatsheaf, just a little further up Main Road.

Between September and November of 1880 Florence Nightingale and Dr Dunn were corresponding about establishing a coffee hose in Whatstandwell, they had also been speaking to Mr Shore Smith and Miss Hurt.  They agreed that buying the Wheatsheaf would not be viable due to the cost of the licence in comparison to establishing a coffee room an there being no guarantee of another public house being set up in the Wheatsheaf’s place.

Dr Dunn spoke to Mr Shore Smith about a small piece of land belonging to Mr Hurt and let to a cottage on the left of where the quarry road meets Crich Carr road just above the steep descent to Whatstandwell and below the Wheatsheaf.  Florence asked Dr Dunn to look at this piece of ground to see if it would be suitable and if Mr Hurt might possibly let it to try the experiment of a coffee room and pay office for the quarry men.  Mr Shore Smith thought that they might be able to buy and erect a corrugated iron building similar to those made for school rooms at the time and possibly containing a bedroom for a manager.  It was though that this would be the best way to establish a coffee house without a large outlay.

By December Mr Shore Smith was making enquiries about a wooden building in London and a Mr Yeomans was providing estimates of both corrugated iron and wooden buildings.  Florence thought it not necessary at that point to advertise for a second-hand room until quotes for a new building were in.

On 8th February 1882 Florence wrote to Dr Dunn about starting the coffee roon on a small scale.  Florence also enquired about the rent that Mr Hurt would charge and an estimate of the cost of furniture, pots and pans, etc and of what repairs were required to convert the houses into a possible coffee room.

Florence felt strongly that the success of the coffee house would depend on the manager and reminded Dr Dunn about Mr Yeomans being the treasurer as it would inspire confidence in the men because of his influence with the rival Masters, Sims & Cowlishaw.  Dr Dunn had previously named five or six good quarry and working men and Florence thought there could be no better committee of Management.  Florence thought that Joseph Peach, who would have been Manager at Holloway Institute but that he has lost his wife might be very useful either as secretary or even as Manger if a woman could be found to do the “woman’s work” – her words.

The plan proposed was for Messers Cowlishaw & Sims to pay their workmen in the Coffee Shop, on alternated weeks.  Dr Dunn had proposed to set up a Savings Bank there on pay nights with a promise of 5p interest and Florence was keen to try this despite the opinion among the Holloway Magnates that their interest would be no attraction to the men against the fear that if Messers Cowlishaw & Sims knew that the men were saving, their wages would inevitably be lowered.

Florence wrote that in all the coffee rooms she knew, which had really attracted men, there had always been some lady, too who had gone in on occasional evenings and entertained the men; or that there had been a manager capable of setting up entertainment.  The Whatstandwell Coffee and Reading Rooms were established in 1882 and on Wednesday 2 August the Derby Mercury reported on their opening.  A committee of ladies and gentlemen who lived in and around Whatstandwell rented No. 2 Main Road, which belonged to Mr A F Hurt, of Alderwasley Hall.  It was fitted out with everything necessary for supplying refreshments at a cost of about £150.  Connected to the coffee rooms was a reading room, with the intention of adding a room for games which was to be provided by Dr Dunn, president of the 18 strong committee who were elected annually.  About £80 was promised as an annual contribution and Florence forwarded £5 for the working men around to have free tea.

On Wednesday 23 January 1884 the Derby Mercury reported that the previous day the committee of the Whatsandwell Reading and Coffee Room held their annuals members’ meeting, at which over 30 were present.  An excellent supper was provided by the managers, Mr and Mrs French and then the guests were entertained by several members with songs, games and amusements. 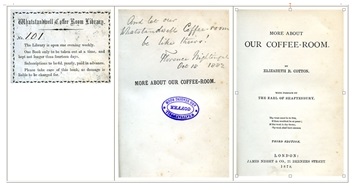 In April 1884 Florence was considering if the men of Whatstandwell would prefer any other wares than those currently being sold by the coffee house, such as any other foods, drinks or amusements that they would like better.

On Wednesday 9 July 1884 an advert appeared in the Derby Mercury for an attendant for the Whatstandwell Coffee and Reading Rooms.  A man and a wife was required, one having other employment during the day.  The advert offered a small wage and board or payment by profits.  The Honorary Secretary requested immediate application, with good references or testimonials.

By December 1884 the coffee house was prospering and Florence decided to send more books for the lending library.

By 1895 there was a lending library of about 1,000 books, many of which were presented by Florence Nightingale.

The coffee house was included in the sale of the Hurt Estate of July 1920.  It was described as “A capital village occupation known as the Whatstandwell Coffee Rooms situated in Crich Parish, close to Whatstandwell Station and Bridge, and extending to about 26 poles.  The house is substantially built of stone and tiled and contains two bed rooms, sitting room, shop, large refreshment room and billiard room, with concrete floor, pleasant garden; being let to Mr William Peacock on lease expiring 25th March, 1921, at £31 per annum.” 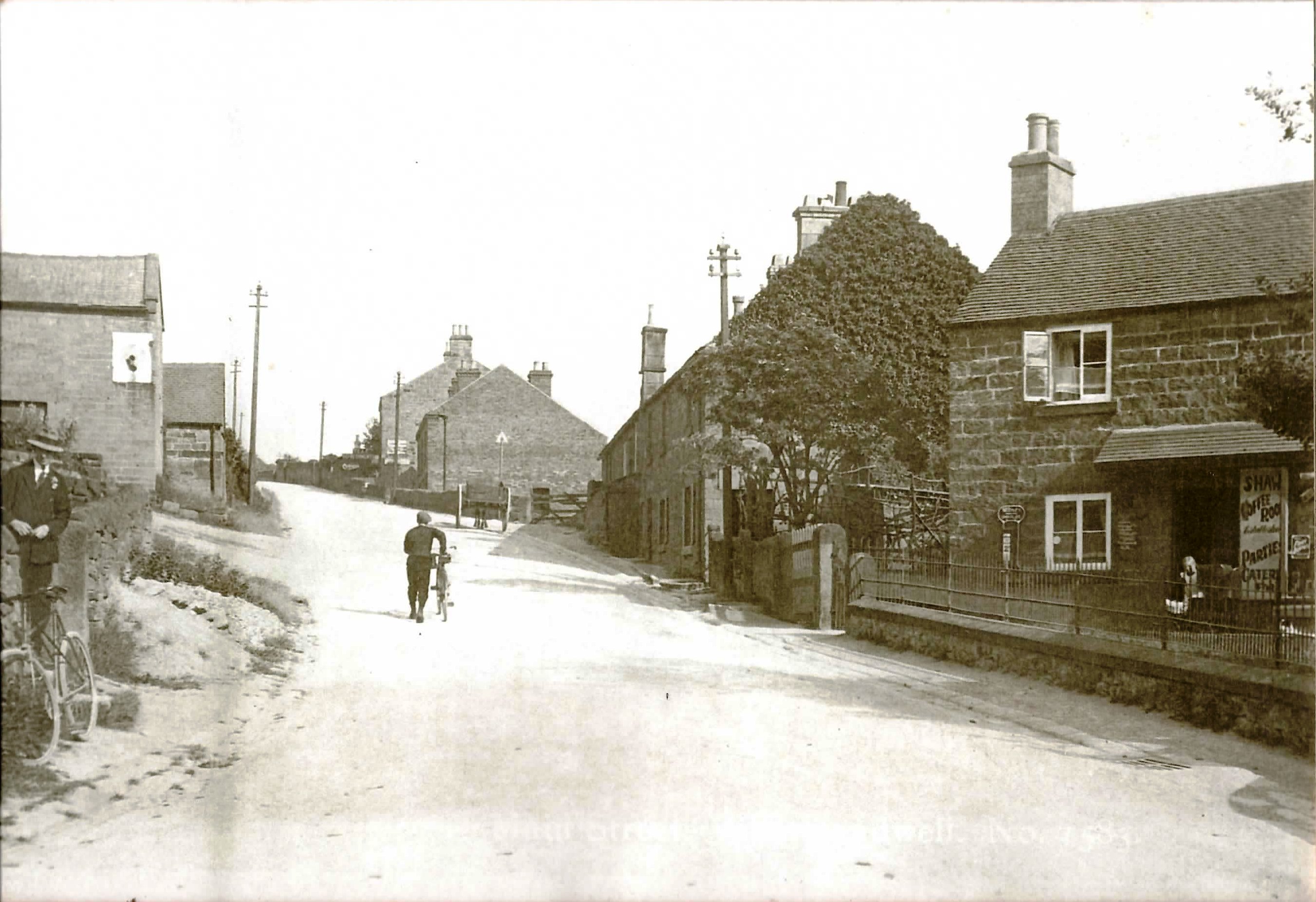 In May 1921 the coffee rooms were sold but auction to grocers Archibald and Maud Shaw who then mortgaged them to Francis Bancroft.  In September 1923 Mrs Bancroft sold the coffee rooms to Herbert Gough, who subsequently sold them to the grocer William Kirk as the Woodland View Café.  The café remained in William Kirk’s ownership until October 1961 when he sold it Arnold Willgoose as a shop and house.  In 1964 the café was now Woodland View Stores and in November 1971 the stores were sold to Lucy Coe and became a house, which was sold again by December 1972 as No. 2 Main Road.

Thank you to the Friends of the Cromford Canal, Matthew and Valerie Rogers, Derbyshire Records Office and Miss E Bunting for additional information.